Christian Grey is the object of “Mommy” desire. Him of the long fingers and other elusive sexual innuendos. The man that makes a lot of “Mommie’s” inner goddesses full on in deep desire. The written word left women’s imaginations run very very wild.

But the people putting up the money up front in Hollywood really don’t care about fan opinion as much. Mostly because the guys that women want are not A-List “big money” guys. They were two B-Listers that were most talked about are: Matt Bomer and Ian Somerhalder. But despite their status; this movie is going to command serious money because of the “hazardous duty” this role requires. It could wreck a career if it goes wrong.

Quick aside, if these ladies wanted to push the issue, it is all about money. Make Matt Bomer’s White Collar a top ten show. 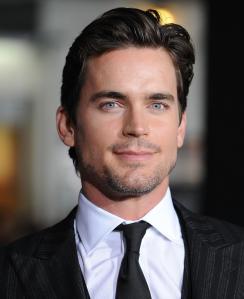 Or Ian Somerhalder’s Vampire Diaries a top ten show. Which would be a humongous accomplishment for either show. In the last three years in the two cities I have lived in that are half a country apart, I couldn’t even get the CW Network that shows the Vampire Diaries in either. So if it was a top ten show, trust me, the producers would have made sure that Ian Somerhalder was Christian Grey on the spot! No doubt. 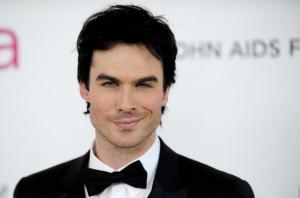 Same with the USA Network’s White Collar which isn’t a major network but in a majority of homes with basic cable. If the fans of 50 Shades showed the real power to make a star; it would be undeniable if they put their support behind the stars they want. So the producers know they will make back their investment money.

Or these fans could fund to make their own film. There are a lot of knock-offs on YouTube. There are easy to find and too numerous to post here. So there is that way to go. Kickstarter has actually gotten movies made in Hollywood. “Put up or shut up” so to speak. Because the producers are banking on the fact that no matter who they cast “Mommies” will “Put their money where their mouth is”. Actually they are banking on where the “Mommies” want to put their mouths.

We have seen a few of multiple books series make serious money at the box office. Like Twilight [the basis for 50 Shades], the ongoing Hunger Games series [R.I.P. Philip Seymour Hoffman] and a few others. Divergent seems to be the next in line.

But not all series work. I Am Number Four is the first of four books so far. A planned seven and maybe even nine books by the Oprah-duper. It has gotten the “celluloid treatment” for only one movie. This is despite having a guy [who really wanted and did his own video for 50 Shades] in Alex Pettyfer who was part of the beefcake cast of Magic Mike. He is a marketable star internationally as he is British.

The Selection didn’t get off the ground as a TV series. It had two pilot episodes made but neither was picked up for TV. So not all book series work. But the studios want to make their money.

And Mortal Instruments does not seem to have set the world on fire like its inspiration Harry Potter [Go “Draco in Hot Pants!”]. But Young Adult is still a hot commodity in the movie-verse. And as long as there are no strict definitions; this is still a YA type novel.

Plus, a lot of the actors that women want; those guys don’t want the role. Look at the first guy who was actually picked. He ended up unpicking the role. In England, Charlie Hunnan was on a show called Queer As Folk as basically a rent-boy.

In America he is on Sons of Anarchy as motorcycle riding gang leader who has done any number of crimes. But he was worried about being typecast by playing Christian. There are a variety of reasons why but this is only part of the part. Ironically one of the reasons was the way that fellow Brit Robert Pattinson has been treated after protraying Edward Cullen. Ironic because Cullen and Pattinson are the inspiration for Christian’s character and phsyical protrayal. 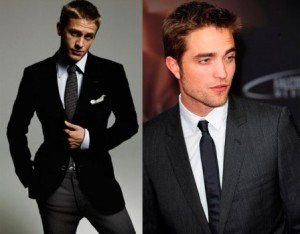 But why do they care who plays Ana?

Wouldn’t it be easier to imagine themselves as Ana if Ana looks closer to them? If they did, would be more of an A-List actress list. I doubt any A-List actress would do this. Now, most A List actresses are older like Julie Roberts or Angelina Jolie. Either one of them would have made a great Elena Lincoln but it would be stupid for either one to tough that role since not one good word is said about her. Nor should it.

I have seen plenty of backlash against Dakota Johnson:

Even some push back by the star and her movie star mother Melanie Griffith:

Ultimately the money people cast Dakota Johnson. All accounts are that she lobbied hard for the role. And the following is why she is good for the role:

But my lack of understanding comes in why? Why do women even want Alexis Bledel? I understand that when reading, people get a picture of what a character looks like. So I thing that is normal. But I am not sure why anyone would be so tied to one person.

This might just be a lack of imagination since she is Ian Somerhalder’s love interest on the Vampire Diaries. Some other names were mentioned. But no one actress was as tied to the fan base as Alexis Bledel.

However, I don’t know that Alexis Bledel wants this role. Don’t even know if she even read/auditioned for it. Just because this is what a fan wants; not sure why they are so adamant about it.

I would guess she did not.

Everyone has their favorites. One that I thought was thought provoking was Brett Easton Ellis’s assertion that Lena Dunham would make a good Ana. http://www.hollyscoop.com/ryan-gosling/ryan-gosling-and-lena-dunham-to-star-in-fifty-shades-of-grey.html She is not ugly but wouldn’t be hit on all the time. So it would be surprising for her to get the attention of a guy like Christian Grey. Christian is constantly commenting on Ana’s weight and Lena Dunham is very open about body issues on her HBO show Girls. I thought this was probably one of the best insights about the book.

By the way, I think Zosia Mamet would be a great Katherine Kavanagh.

This may not be popular. Most people would probably like it if the other women on that show were any of the other parts.

But in my opinion; Lena Dunham and Zosia Mamet are perfect for the literary roles that have been crafted for Ana and Kate.

Reminds me of when Tom Cruise was casted as Lestat in Interview of a Vampire. Even Anne Rice was skeptical at first. But once she saw his portrayal; she was convinced.

Maybe the 50 Shades fans should just calm down and see what happens. They have to admit; they want to see whatever comes of it. So spend the 8 dollars and see if they are happy with the result.

Whomever they get will likely not be like the author E.L. James’ own image. She of course wrote the fan fiction titled Masters of the Universe are seeing the first movie then reading the books. Her ideal was Kristen Stewart. 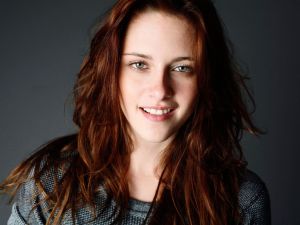 If not; there have been four actor and actress sets that have played Jack Ryan and Cathy Ryan from the Tom Clancy novels. If this movie doesn’t work; I am sure they will try again. The producers want to make their money. So other chances of seeing the “right” combination will be found. One way or another.

Look at Left Behind. Kirk Cameron starred in the first set of films.

Nicholas Cage is starring in a new one coming up.

How many guys have been Superman. Don’t start with Christopher Reeve. George Reeve, Brandon Routh, a variety of voice actors in the animated realm. Ray Middleton, Kirk Alyn, Johnny Rockwell, Bob Holiday, Dean Cain, James Hayes Newton, Gerard Christopher, Tom Welling and Henry Cavill [who kicked serious ass in Man of Steel even though he is a Brit] the current movie guy who will be starring with Ben Affleck in Superman vs. Batman: Dawn of Justice . Retread of a winner is always going to work.

Beyond that; the producers report that Dakota Johnson had chemistry with Charlie Hunnan. And the early photos show that she has it with Jamie Dornan, Charlie’s replacement, as well. I am hoping the movie does well. 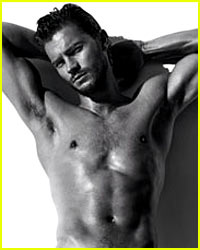 The producers need to make sure that guys go to this film too.
Have a good Kate [not Zosia I guess] :
Elosie Mumford as Kate:

I hope they get an appropriate actor and actress for all the roles. Carrick, Grace, Jose, Ray, Bob, Carla, Jason, Mrs. Jones, ‘Liliot, all of them. I want to see the right people in these roles. I want to see a good trilogy. I want to see an amazing Red Room too. I am going to be there on Valentine’s Day when it opens. Hopefully with a pretty lady next to me. And I will spend my money on the first iteration of the movie.

If it doesn’t work out; they can always try again.